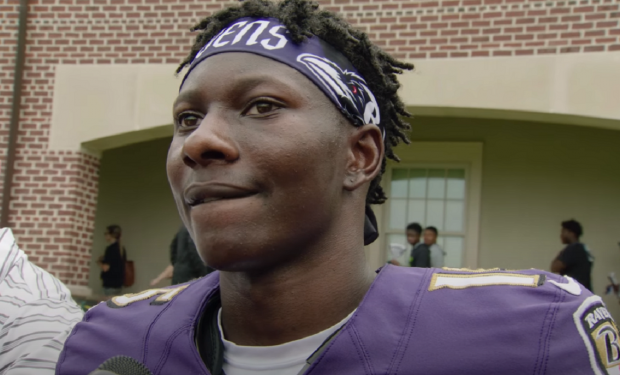 While the current NFL season is on hold, several NFL football players are competing in the FOX eSports Madden NFL Invitational 2.0, a gaming tournament to raise awareness and funds for those in need.

Baltimore Ravens wide receiver Marquise “Hollywood” Brown is one of them. Brown is from Hollywood, Florida.

When not on the field or on TV, Hollywood spends time with his gorgeous girlfriend, Oklahoma graduate Kennedi Johnson, who looks amazing in a tiny string bikini, as seen in their Aruba vacation pics (which were taken in February) above and below. More than one fan replied, “lit.”

This is a glamorous woman who knows very well how to rock a one-piece swimsuit too! Wow! [GIVE yourself or a FRIEND the GIFT of Amazon Prime!]