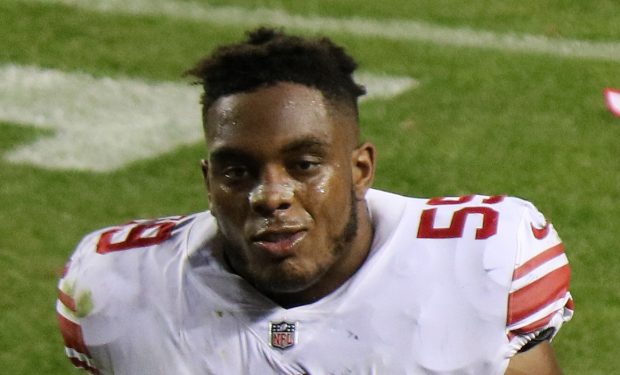 Devon Kennard is the 6’3”, 256 lb. NFL linebacker who just signed a reported $20 million three-year contract with the Arizona Cardinals in March. The 28-year-old pro athlete played college football at USC before he was drafted by the New York Giants in the 2014 NFL Draft.

When not on the field, Devon Kennard spends time with his gorgeous new wife and mother of his adorable one-year-old daughter Camille (nee Firestone) Kennard. They got married on February 29, 2020 in Arizona. That’s right — the lovely couple took the leap in a leap year, using the extra day (2/29) to say their vows!

Camille, as is crazy obvious, looks amazing in a bikini — as seen in the photos below.