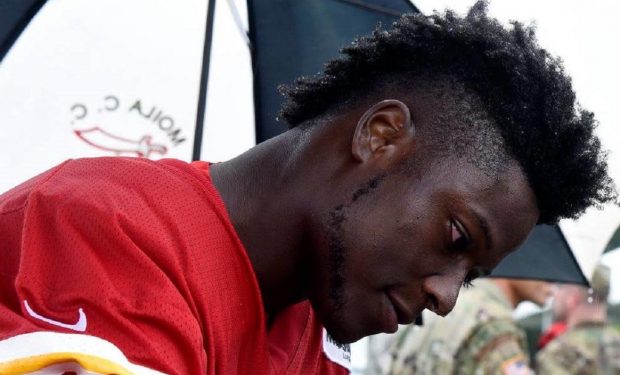 Chris Conley is the 27-year-old NFL wide receiver who signed with the Jacksonville Jaguars in 2019. He played four years of college football at Georgia before he was drafted by the Kansas City Chiefs in the 2015 NFL Draft.

When not on the field, Chris spends time with his gorgeous wife of one year, former NFL cheerleader turned yoga instructor Brianna Conley, who looks amazing in a bikini as seen in the photos above and below. She captioned the white hot string bikini pic taken at her bachelorette party: “Like Beyoncé, but with an F.” (Get it? Beyonce, fiancee…)

Brianna cheered for the Atlanta Falcons (including Super Bowl LI against the New England Patriots) for five years!