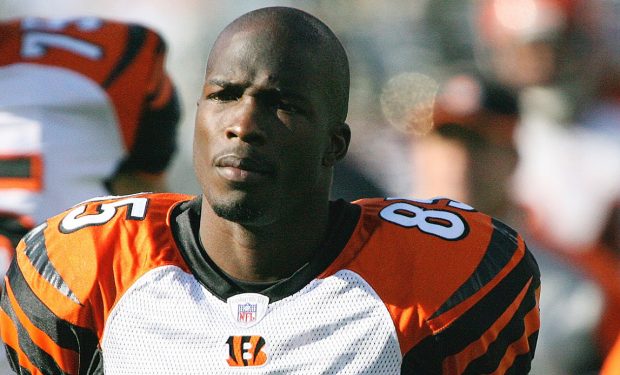 Chad Johnson is the former NFL wide receiver who played 11 seasons mostly with the Cincinnati Bengals (a year with the New England Patriots and the Miami Dolphins too). During the 2008 to 2012 seasons, he used the name Chad Ochocinco. In 2012, his last year in the NFL, he legally changed his name back to Johnson.

When not working, the 42-year-old pro athlete (who’s now a brand ambassador for Adidas and EA Sports) spends time with his “85 kids” (his joke, he has 8) including his eldest, 22-year-old Jicyra Johnson, who looks amazing in a string bikini as seen in the photos below.

The professional model Jicyra captioned the blue two-piece swimsuit pic above (an ad for a jewelry company in L.A.): “Ice cold baby, I told you I’m ice cold 💎.”  More than one fan commented: “Melanin poppin.”

She captioned the shiny silver string bikini pic above, “yikes”