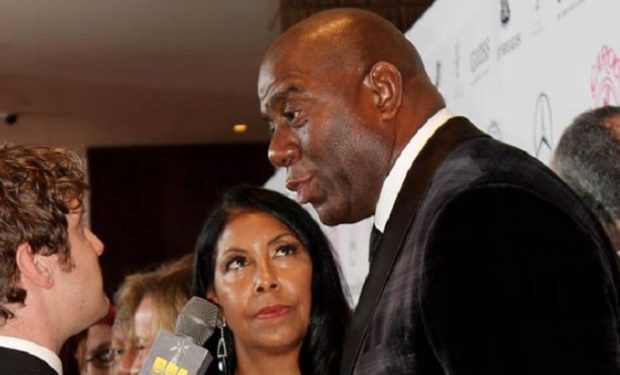 Magic Johnson is known as an NBA basketball legend. The five-time NBA champion and three-time NBA Finals MVP played for the Los Angeles Lakers for 13 seasons before he retired and began pursuing his enormously successful post-basketball career.

Magic is known off the court as a husband and father, a business mogul, and an advocate for HIV/AIDS prevention – in 1991 he famously announced he had contracted the virus.

Magic is married to his wife of almost 30 years, Earlitha “Cookie” Johnson, mother of two of his children: reality TV star Earvin III (EJ) and 25-year-old daughter Elisa, who looks amazing in tiny string bikinis as seen in the photos above and below.

Here’s the happy Johnson family, and then there’s more of gorgeous Elisa below!

As one commenter said on seeing these Instagram hot shots: “oh wow.” And who can argue with that? Oh wow indeed!

Note: Magic Johnson will be interviewed by Anderson Cooper and Dr. Sanjay Gupta on the live CNN Global Town Hall broadcast, “Coronavirus: Facts and Fears” on Thursday, May 28 at 8 pm.