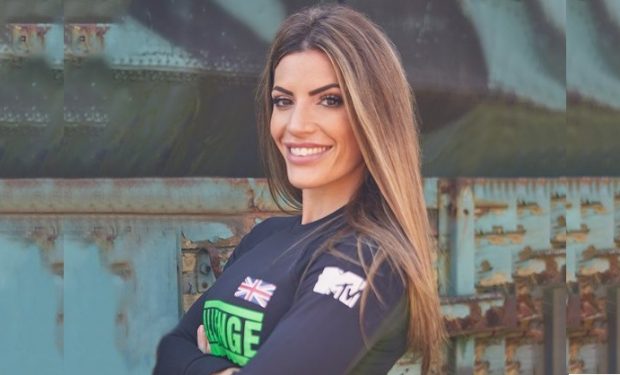 It’s Week 8 of Season 35 of The Challenge: Total Madness. In the episode ‘Live and Let Die,’ the 10 remaining players must cope with toxic chemicals in the “Decontamination” challenge. While the top two male competitors, Wes and Bananas, plot a big move, Jenny West hopes to dodge elimination.

According to MTV, there will be a double elimination that will “send shockwaves through the game.”

When not filming The Challenge, Jenny West is flaunting and flexing her muscles on Instagram, whether you like it or not. When she posted the bra and thong pic above she reported it is “too much for my female followers.”

And for those who tell her she’s “too muscly” she has an emoji for you and features the middle finger.