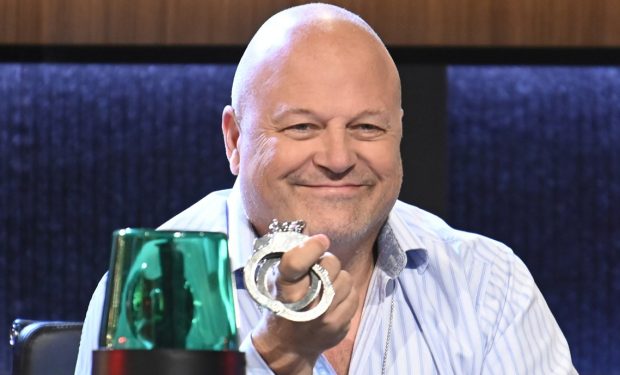 Emmy Award-winning actor Michael Chiklis (LAPD Detective Vic Mackey on The Shield) is one of six celebrity panelists playing on the Season 5 premiere of Match Game, hosted by Alec Baldwin.

When not on TV, Chiklis spends time with his wife and their two gorgeous daughters: 26-year-old New York Times bestselling novelist Autumn Chiklis (Smothered) and 21-year-old USC student and sorority girl Odessa Chiklis, both of whom look amazingly great in a bikini.

That’s Odessa above on the beach. She writes that the photographer “caught me belly drummin.”

Odessa suggests that you swipe the pic above to “watch me peak.”

Below: That’s Autumn on the right right in the black bikini… and her father flexing behind her.

Match Game airs Sundays at 10 pm on ABC, right after Press Your Luck with host Elizabeth Banks at 9 pm, and Celebrity Family Feud with host Steve Harvey at 8 pm.