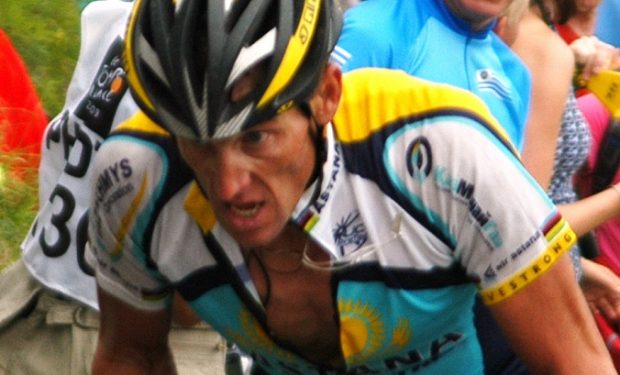 Armstrong, 48, is also the father of five children. His three eldest (Luke, Grace, Isabelle) are with his ex-wife Kristin Richard.

His two youngest (10-year-old son Max and 9-year-old daughter Olivia) are with his fiancee, 38-year-old yoga instructor Anna Hansen, who looks amazing in a string bikini as seen in the gorgeous photos above and below.