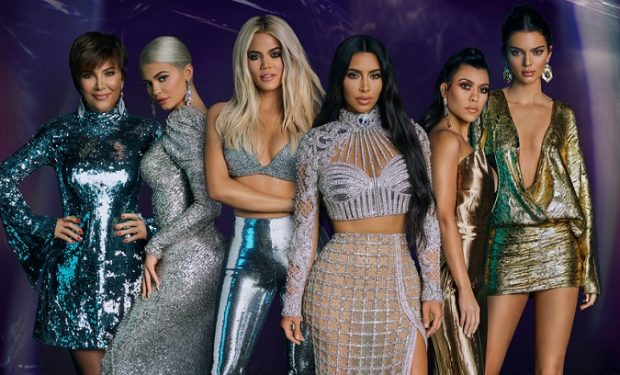 KEEPING UP WITH THE KARDASHIANS -- Season: 16 -- Pictured: The Kardashians -- (Photo by: Miller Mobley/E! Entertainment)

Before she pretty much invented the idea of “MOMAGER” Los Angeles royalty Kris Jenner — the Queen of the Kardashian/Jenner empire — was herself the young hot thing. Recently Kendall Jenner shared video of Kris Jenner playing tennis in a bikini!

And the alpha daughter Kim Kardashian shared this post-baby pic of her mom after having Rob — yes, in a bikini!

Celebs shouted “body goals” from the rooftops upon seeing the young Kris. And other commenters said the obvious: “I can see now where came from Kendall’s body.” Grammar aside, that’s spot on! For comparison…

Oh and that tennis footage? Her she is, Kris Against The Machine!

Keeping Up With The Kardashians airs on E!