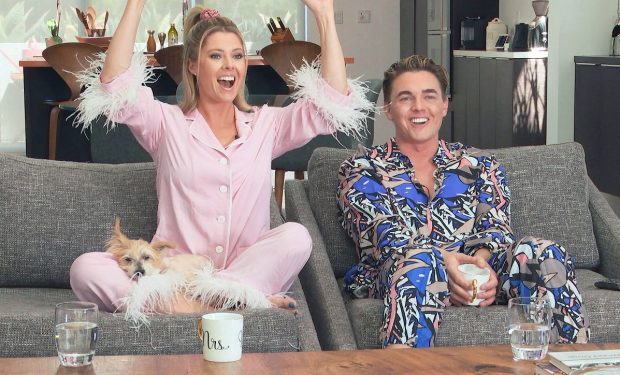 Celebrity Watch Party is the new reality TV show that features celebrities recording themselves as they watch TV shows inside their homes.

Katie is an actress who also looks amazing in a bikini as seen in the photos above and below.