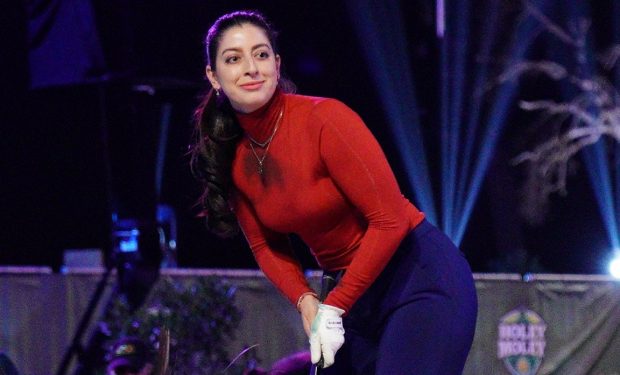 Stephanie Gibri played college golf at San Jose State (Go Spartans!) from 2010 to 2014 before becoming a professional golfer in 2016. In 2019, she shifted from competitive golf to global golf. Stephanie writes about her travels on her blog and includes photos including the red bikini pics below from China.

Holey Moley II: The Sequel airs Tuesdays at 9 pm on ABC, right after Who Wants To Be a Millionaire with Jimmy Kimmel at 8 pm. [Watch on your phone with the ABC GO Digital App found here. Download is FREE.]