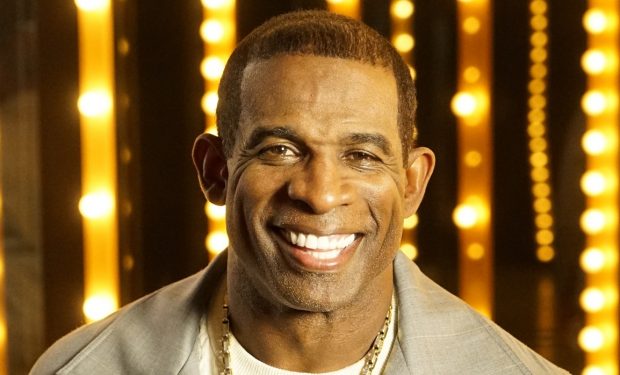 When not on TV, Deion Sanders spends time with family including his gorgeous 28-year-old daughter Deiondra Sanders who looks absolutely amazing in a string bikini as seen in the photos above and below. (She captions the photo above: “He said it’s a thin line between love and hate.”

Deiondra captioned the animal-print two-piece pieces above: “exclusive and boujie.”

And the one below with the open mouth: “Keep lurking, I’m doing good.”

Deiondra captioned the white cut-out monokini pic above: “Ain’t this what they been waiting for.”

To Tell the Truth airs Thursdays at 10 pm on ABC. [Watch on your phone with the ABC GO Digital App found here. Download is FREE.]