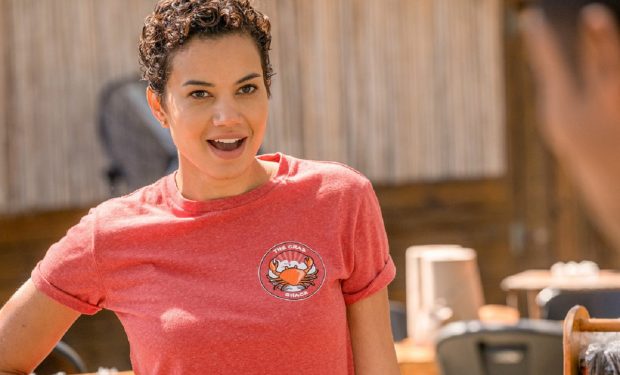 When not filming Council of Dads, Michele Weaver is sharing gorgeous bikini pics as seen above and below. She writes with the green two-piece photo below: “Two years ago I did not have the guts to post this photo…” She was told that she was “never the right size.” By who?!?!?

Michele captioned the close-up crochet bikini pic below: “nothing like some frizzy hair and sunshine.”

Council of Dads airs Thursdays at 8 pm on NBC, right before Blindspot at 9 pm.