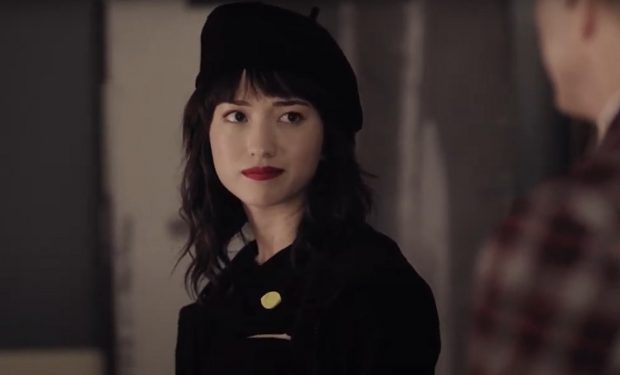 The IFC series Brockmire stars Hank Azaria as Jim Brockmire, an alcoholic MLB announcer who had a very public meltdown on air after finding out his wife Lucy (Katie Finneran) had been cheating on him. For the next ten years he travels around Asia and calls non-baseball sporting events including cock-fighting.

When he returns to the U.S., he lands a job as the play-by-play announcer for a minor league baseball team. In the final season (Season 4), viewers meet Brockmire’s Filipino-American daughter Beth, who’s portrayed by Reina Hardesty.

When not filming Brockmire, gorgeous Reina Hardesty — who’s also known for her roles on The Flash (Joss Mardon aka Weather Witch), StartUp (Stella Namura), and the Netflix series Greenhouse Academy (Aspen Fairchild), among others — is often enjoying the outdoors and sometimes in a tiny bikini as seen in the gorgeous photos above and below from a trip to Puerto Rico. She captioned the series above: “Honestly? NOTHING MATTERS.”