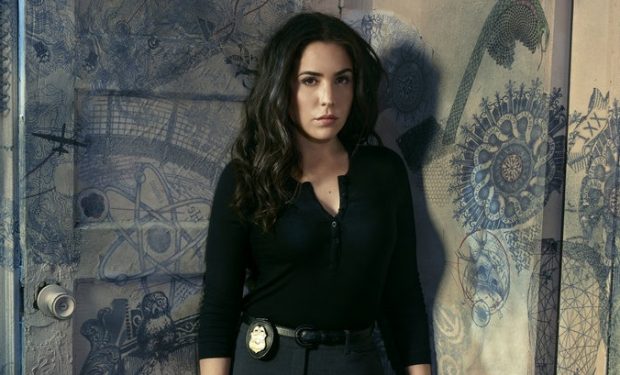 On the Season 5 premiere episode of Blindspot, ‘I Came to Sleigh,’ Jane (Jaimie Alexander) tries to pick up the pieces after the explosive events in Iceland.

She gets a strange message from an unknown ally that allows her to mount a rescue mission to free Rich Dotcom from a CIA black site. Actress Audrey Esparza returns as Tasha Zapata.

When not filming Blindspot, gorgeous Audrey Esparza enjoys the outdoors and sometimes in a bikini as seen in the gorgeous beach pics above with her boyfriend Jon Perzley

Perzley is an NFL agent at Sportstars and co-owner of the NYC tattoo shop Inked.

As one fan commented on the pic below: “A gem of a bum!” Indeed! [Get it all on your phone with NBC UNIVERSAL app available here. Download is FREE.]