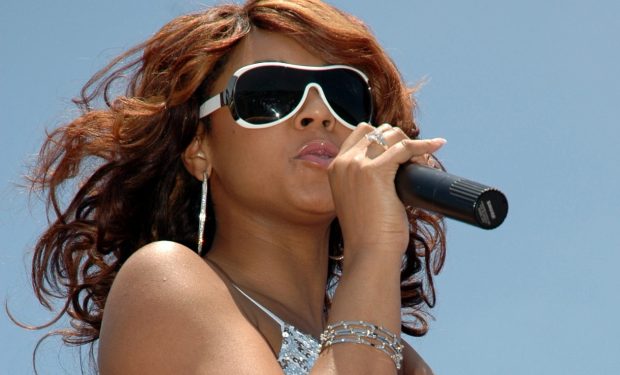 R&B Grammy Award-winning superstar Ashanti is promoting her music with jaw-dropping string bikini pics. In the series below, with her hair in pig-tails, Ashanti appears to be peeling off her super tight Daisy Duke cut-off shorts. (She appears to be seductively busting out of the tiny bikini top too!)

She titled the shot above, “Brown sugar.”