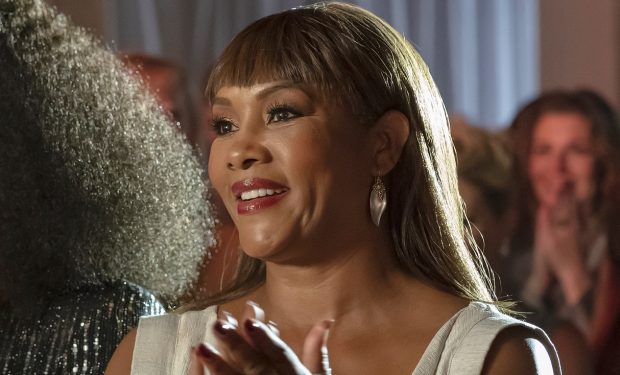 On the Empire episode ‘Home Is On the Way,’ in the midst of the Bossyfest launch and the fight to regain control of Empire, Cookie (Taraji P. Henson) reflects on her life and the woman she has become. Cookie’s sisters are portrayed by Tasha Smith (Carol) and Vivica A. Fox (Candace).

When not filming Empire, the stunning 55-year-old Vivica A. Fox is often flaunting her gorgeous curves in front of a camera. When she poured into the red hot skin tight jumpsuit above to promote her weave and hair extension line, she captioned it: “a BANGING bang look.”

Her fans love the look. One replied: “Come on Catwoman alter ego.”

Ms. Fox will appear next in the crime thriller movie Arkansas with Liam Hemsworth, Vince Vaughn, Michael Kenneth Williams, and John Malkovich, among others. It was scheduled to be released in theaters on May 5.