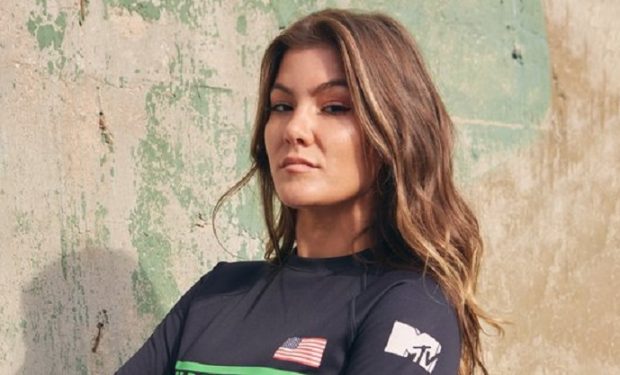 According to MTV, Tori Deal is “one of the most fearsome all-around competitors on its reality competition series The Challenge. Tori made it all the way to the Finals of “War of the Worlds 2” — then lost in a puzzle purge. But this time around, on The Challenge: Total Madness, she’s competing with her fiance Jordan Wiseley. (Tori also sings; check it out.)

When not filming The Challenge, Tori is often in front of a camera and sometimes in a string bikini as seen in the photo above. Tori says she “still might delete this one” but her fans, who say she looks like a “mermaid,” are pleading with her not to.

When Tori posted the white Calvin Klein bikini underwear pics above, she admitted that she was “a little nervous about it!”

The photos were taken just 5 seconds apart. She says in the pic on the left she pulled up her underwear and was “flexing hard as shit” and on the right she pulled down her underwear and is “just living my best life.” She summarized the modeling experiment: “same body but different curves.”

The Challenge airs Wednesdays at 8 pm on MTV. [BONUS: Stream any MTV show through the MTV Digital App found here. Download is FREE.]