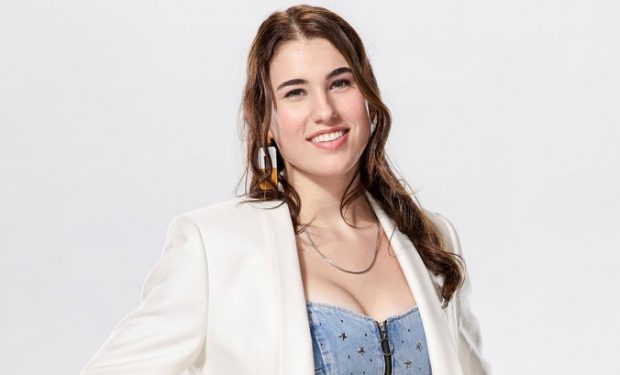 Joanna Serenko of St. Louis, Missouri sang “All My Loving” for her Blind Audition on The Voice and all four coaches — Kelly Clarkson, John Legend, Nick Jonas and Blake Shelton — turned their chairs. (Watch video below.) Joanna chose Team Nick but was later stolen and is now on Team Blake as part of the Top 20.

When not on The Voice, Joanna is flaunting gorgeous photos of her wearing a variety of cute crop tops, as seen above and below.

When a fan asked where she bought her unbuttoned stripped crop top above, she replied: “goodwill, girl!” Swipe to see Joanna sticking her tongue out!

She playfully captions this one: “Treat Yo Self.”