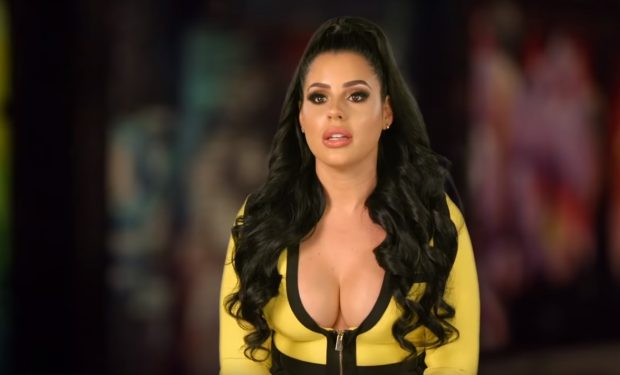 On Season 2 of Cartel Crew, fans watched Stephanie Acevedo try to protect her best friend Kat “Tatu Baby” Flores when her ex Eddie Soto walked back into her life after being recently from prison. (Eddie is the father of Kat’s son.) While Stephanie’s attempts were well-intended, they caused a rift between her and Kat.

When not filming the VH1 reality series Cartel Crew in Miami with Kat, Stephanie is likely in front of a camera and posing provocatively in barely-there string bikinis and lingerie, as seen in the photos above and below.

She captioned the photo above: “Butter Pecan Puerto Rican.” One adoring fan replied: “Little Wayne is missing out.” (She was signed with the rapper’s Young Money Records.) Another fan commented on the orange string bikini pics below: “Peaches n cream.” [Watch It Again: Stream VH1 shows anytime — VH1 app is free]