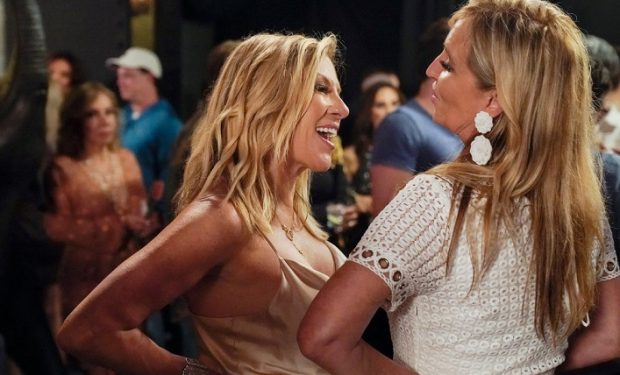 On the Season 12 premiere episode of The Real Housewives of New York City, ‘Back in the NY Groove,’ while Sonja Morgan struggles with an empty nest after her daughter leaves for college, and Luann de Lesseps celebrates the end of her probation, Ramona Singer is on the prowl and looking for love.

All the Housewives will be watching the premiere separately and at home as everyone in New York City is quarantined.

Ramona Singer reports that she’s “not taking any chances” so she “did away with housecleaning services” and proved it with the video above. Yes, she’s mopping the floor (which she says she hasn’t done in 45 years) in a thigh-high negligee.