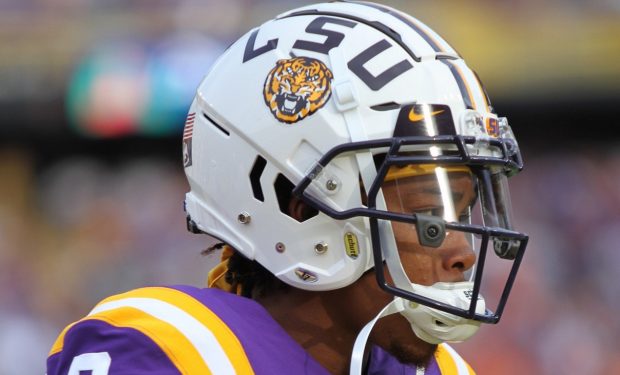 Justin Jefferson is the 6’1″, 202 lb. wide receiver who is forgoing his senior year at LSU and entering the 2020 NFL Draft. As a junior in 2019, the Louisiana native led the country with 111 receptions, and his 18 receiving touchdowns ranked second in the country (behind LSU teammate Ja’Marr Chase).

Days before the (virtual) NFL Draft, Jefferson released the Under Armour video above which caught the attention of Mississippi State wide receiver Stephen Guidry, Jr., who is also a NFL Draft prospect. Guidry wrote: “Smoother than a baby bottom.”

Round 1 of the NFL Draft will air Thursday, April 23 at 8 pm on ABC and ESPN. [NOTE: Get the ESPN digital app and watch any show. It’s free to download.]