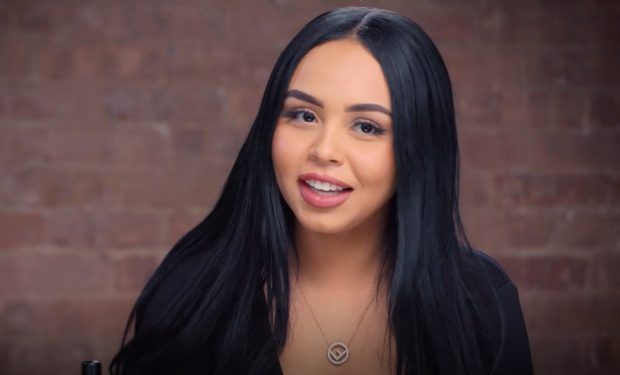 Karina Seabrook on Families of the Mafia (MTV)

Former Mob Wives star Karen Gravano is the star of a new reality TV show, Families of the Mafia. In the series premiere episode, the daughter of Sammy “The Bull” Gravano (former underboss of the Gambino crime family) leaves her town of Staten Island to travel to Arizona to visit her father who has recently been released from prison.

In the 1990s, Sammy testified against mob boss John Gotti, got out of Witness Protection and moved in Arizona, where he later pleaded guilty to running an Ecstasy drug ring. On her Families of the Mafia cross-country trip, Karen brings her stunning 20-year-old daughter Karina Seabrook with her.

When not filming Families of the Mafia, Karina aka “Kay” (who was also on the MTV reality show Made in Staten Island) is modeling incredibly sexy string bikinis as seen in the photos above (in a Pretty Little Thing black bikini) and below in the hot pink invisible string bikini.

Karina captioned the green bikini pics below, where she’s holding a phone on a boat, “no matter what I’m ALWAYS working.”

Families of the Mafia airs Thursdays at 9 pm on MTV and VH1.