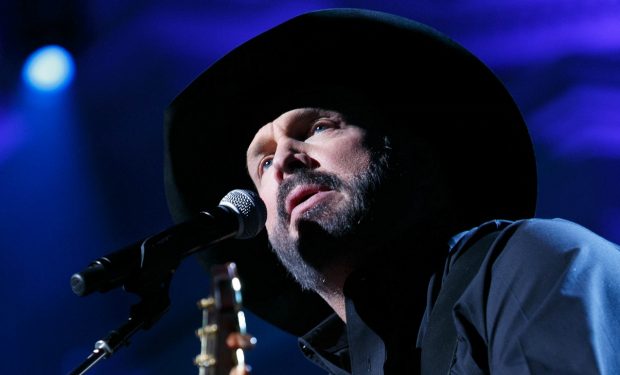 Legendary country star Garth Brooks and his wife Trisha Yearwood are performing live from their home recording studio as a way of proving “comfort and shared joy of music during this difficult time” as America hunkers down in self-quarantine.

Garth Brooks is the father of three adult daughters with his ex-wife Sandy Mahl.

Garth’s youngest, 23-year-old Allie Colleen Brooks, is following in her daddy’s footsteps as a singer and songwriter.

When not performing or in the studio, Allie Colleen (“Colleen” is pronounced like “Jolene” with a C) spends time with her husband and sometimes in a bikini as seen in the photos above and below. She looks incredibly happy!

Part of Allie Colleen’s legacy is, of course, her super famous and talented father. But she’s making a stamp of her own, too, besides the music. Apparently she’s going to eat ice cream in every country on earth! (“One day I’ll have tried ice cream from every country this is my legacy” she writes.) Hopefully she can start again soon.

Garth & Trisha Live! will broadcast on Wednesday, April 1 at 9 pm on CBS. [Watch On Your Phone or STREAM with Amazon Prime or CBS ALL-ACCESS with free trials.]

That’s Allie Colleen in the center below, flanked by her two sisters Taylor Mayne Pearl Brooks and August Anna Brooks.