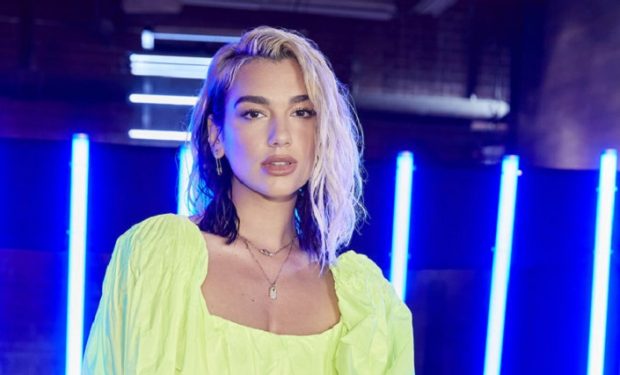 It’s the final round of The Battles on Season 18 of The Voice. That means it’s the last chance for you to watch superstar guest mentors help the coaches and their artists advance to the Knockout Round.

When not on The Voice, Dua Lipa is promoting her new album The Future with provocative fashion-forward photos as seen in the series above where she’s crouching in a strapless bikini and balancing herself on her tippy toes.

It’s not the first time Dua Lipa has posed while crouching low to the ground (see below)!