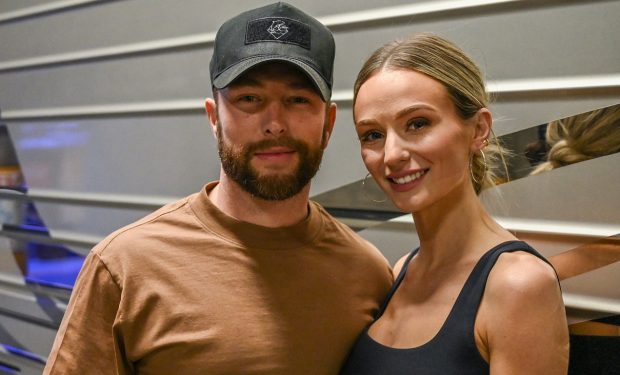 On Week 3 of The Bachelor: Listen to Your Heart, one of the newer couples visits the famous Anaheim House of Blues for a sold-out concert by chart-topping country music star Chris Lane. The lucky duo watch Lane perform and meet his wife, Lauren (Bushnell) Lane, who also is one of Bachelor Nation’s favorites as Ben Higgins’ ex- fiancée (Season 20).

Lauren and Ben starred in their own spin-off, Ben and Lauren: Happily Ever After?, and then ended their relationship in May 2017. Lauren began dating Chris in 2018 and got engaged in June 2019. They got married in Nashville, where they live, in October 2019.

When not on TV, Lauren is flaunting gorgeous bikini pics as seen above and below. She caption the photo above: “bringing me back to one of my favorite and most eye opening trips.”

And to top the Week 3 night off, Chris invites the Bachelor couple onstage to sing his hit single “Big, Big Plans” with him.

The Bachelor: Listen to Your Heart airs Mondays at 8 pm on ABC. [BONUS: Stream any ABC show through the ABC GO Digital App found here. Download is FREE.]