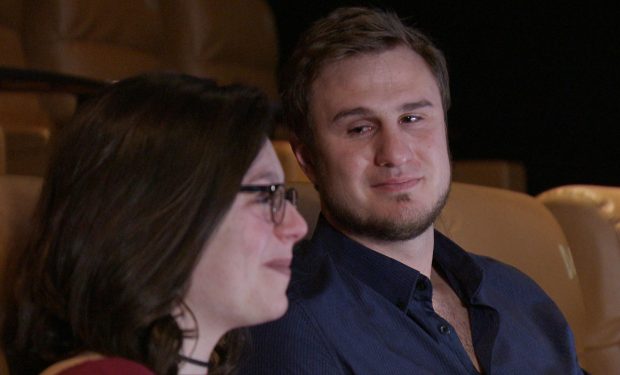 The Lifetime reality dating TV series Bride & Prejudice: Forbidden Love follows three couples who want to get married but are met with resistance from family members.

The three include twentysomething interfaith couple Cameron (who’s Christian) and Willi (who’s Jewish). Willi’s father Michael has made it clear that he won’t give his blessing because he wants his grandchildren to be raised Jewish and Cam has said he won’t convert to Judiasm.

In the exclusive video clip above, Cam brings Willi to an empty movie theater. He shows shows her a sweet video montage of photos he’s collected over the past six years — they met in 2014. Both Cam and Willi watch in tears of joy. At the end, the screen reads “Will you marry me?” (Keep in mind, Cam still does not have Michael’s blessing yet?)