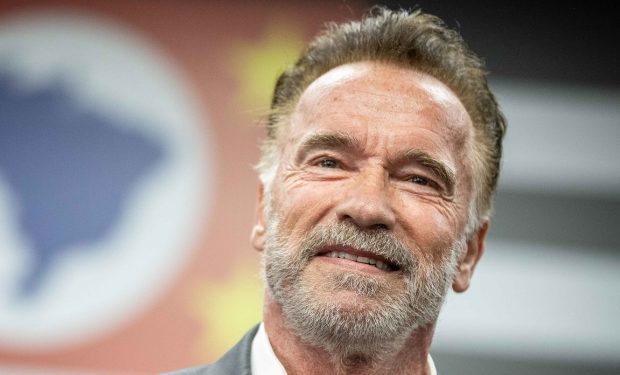 Chase Young is the 21-year-old football defensive end who played college football at Ohio State University. The Heisman Trophy finalist (it went to his former teammate, QB Joe Burrow, who went to LSU) was named a unanimous All-American and finished his OSU career with 30.5 total sacks (second best in school history).

The 6’5” Young is nicknamed “Predator” for his dominance on the field and for resembling Predators from the Predator movie franchise starring Arnold Schwarzenegger.

Watch Schwarzenegger train Young prior to the 2020 NFL Draft, in the video above.

Schwarzenegger said: “It’s a lot more fun training with a predator than it is covering myself in mud and fighting one,” and added that he’s “pumped” to follow Young’s success.

Round 1 of the NFL Draft will air Thursday, April 23 at 8 pm on ABC and ESPN. [NOTE: Get the ESPN digital app and watch any show. It’s free to download.]