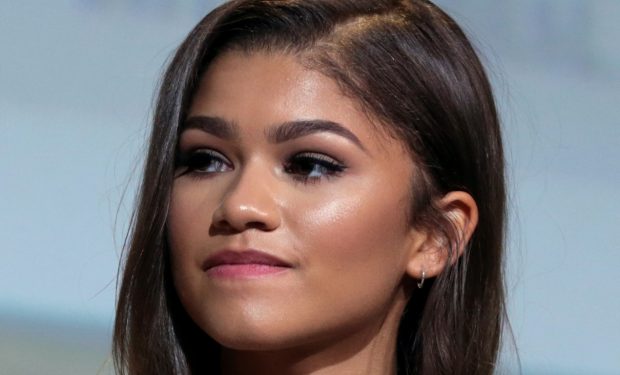 “Jaw literally on floor,” writes former child star Buddy Handleson after one look at this photo of Zendaya, who appears to be captured in a state of ecstasy.

The beatific look on the young actress and superstar’s face makes this photo reminiscent of the oil paintings of some Old Masters, right down the still life flowers-in-vase — it’s in the muted blue of Picasso’s Blue Period with more than a touch of Van Gogh’s Irises thrown in. Wow!

“Divine,” writes another commenter, and understandably so. Zendaya’s face does look like the face of an angel, so much so that the comments don’t make much of the peek-a-boo belly-exposing dress — which would be the star of most photos like this by any other model. As actor/model Jon Kortajarena writes: “You drive me crazy.”

And she is so versatile. In the photo below Zendaya’s face, still divine-looking, also innately issues a challenge and exerts a different kind of power.

And here is a sort of combination of power and ecstasy.