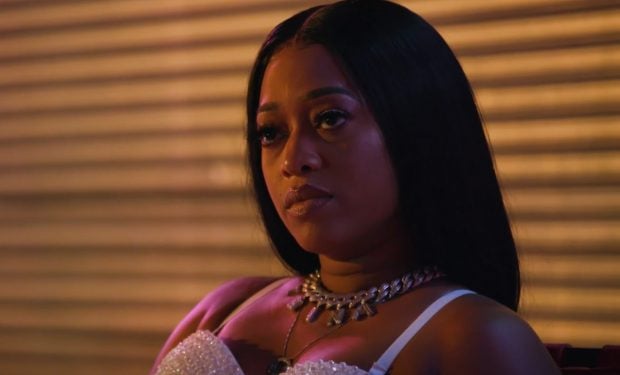 On the Love & Hip Hop: Miami episode “Full Circle,” while Joy Young considers getting back with her husband Trick Daddy, Trick and Trina organize a party for their radio show launch. [Stream Love & Hip Hop NOW!]

When not filming Love & Hip Hop Miami or on air with Trick, Trina is flaunting her curves in a waist-high slit jacket that barely covers her private parts, as seen in the photos above and video below where she straddles the male model “patient” played by Royal G, and sticks out her tongue as she caresses him all over.

It’s all to promote the 20th anniversary of her album Da Baddest Bitch. As she writes: “Legend for the last twenty My haters ain’t last with me.”