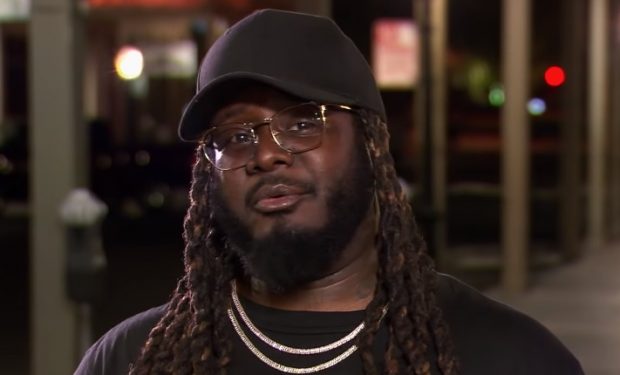 On the Season 7 premiere of Bar Rescue, “Sactown Going Down,” rapper T-Pain helps his friend Jon Taffer do some restaurant recon work. The two travel to historic Old Town Sacramento “to resurrect an owner haunted by the ghosts of his past, as well as his failures as an owner to put his own interests in front of his business.”

Taffer and T-Pain need to convince the owner Chris, a Kings fan, that he needs to change his sports bar concept if he wants to make money. Chris invested $300,000 into SacTown and is losing about $8000 a month.

In the sneak peek video above, Taffer and T-Pain put on black hats to experience the place incognito. T-Pain is excited and says, “We’re going in spy style,” and adds, “I have no fears except for raw food. I’m not real good with raw food.”

Sure enough, under-cooked meat is served during their recon work and Taffer goes ballistic. “Look at that sandwich, it’s like you’re fighting that thing, it’s like a piece of leather.”