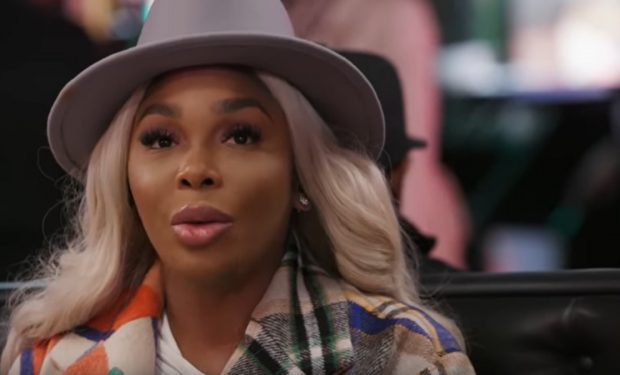 On Season 9 of Love & Hip Hop Atlanta, a lot of drama surrounds Sierra Gates. While dealing with her on-again, off-again boyfriend BK Brasco, she’s also dealing with a legal battle with her ex-husband Shooter‘s baby mama. VH1 reports that as Sierra’s “legal woes and physical altercations with others heat up, Sierra’s life starts to spiral out of control.”

After President Trump declared a national emergency due to the coronavirus, Sierra posted the video above. While wearing a tight crop top and hip-hugging two-tone camo pants, she flaunts her tiny waist and bountiful behind, and wrote: “F the corona I’m fine✌🏿 waist 27” & I’m bout to cook for my man.”

As one fan wrote: “Those ratios are ridiculous sis.”

When she posted the camo ensemble below, she captioned it: “I got some racks and I want some more” with an emoji of a bag full of money.