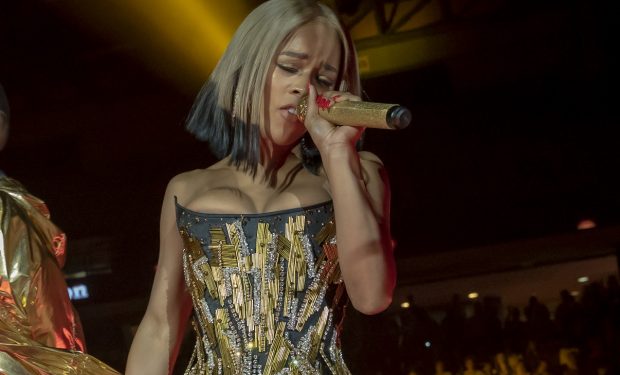 On the Empire episode “Love Me Still,” while Teri (Meta Golding) worries about Andre’s (Trai Byers) temper as their wedding day gets closer and closer, Cookie (Taraji P. Henson) digs into Bossy’s finances and gets into a heated confrontation with Giselle (Nicole Ari Parker).

No doubt their argument will affect artists in the music industry including Tiana (Serayah).

The day before the episode airs (March 31), Serayah posted the gorgeous black latex bikini pic above with the caption: “NEW.” More than one stunned fan replied: “whoa.”

P.S. Serayah‘s promoting her new single “Never Be the Same” featuring Simyai, which will be released on Friday, April 3.