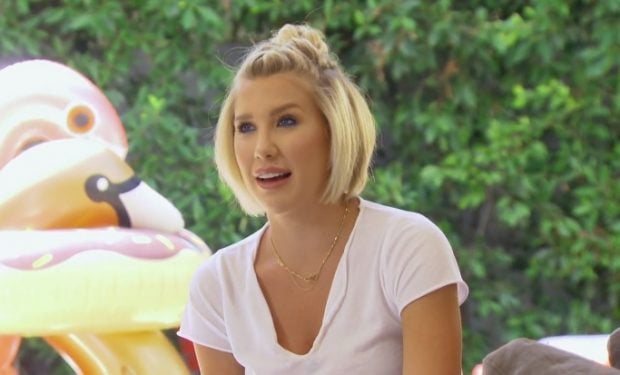 Savannah on Growing Up Chrisley (USA)

If you’re a fan of the charismatic Southern real estate mogul Todd Chrisley and his family, you’re in luck. Reruns of his reality TV show Chrisley Knows Best, starring Todd, his wife Julie, his mama Faye, and many of their children including Savannah and Chase, are airing on E!

When not filming Chrisley Knows Best or its spin-off Growing Up Chrisley, Todd’s gorgeous 22-year-old daughter Savannah Chrisley is likely in front of a camera — and often in a bikini. In the black lacy string bikini pic above, she’s promoting South Beach snacks and says she’s “obsessed with their nacho protein puffs.”

The bikini pics above and below are of Savannah with her fiance, former professional hockey player turned real estate agent, Nic Kerdiles.