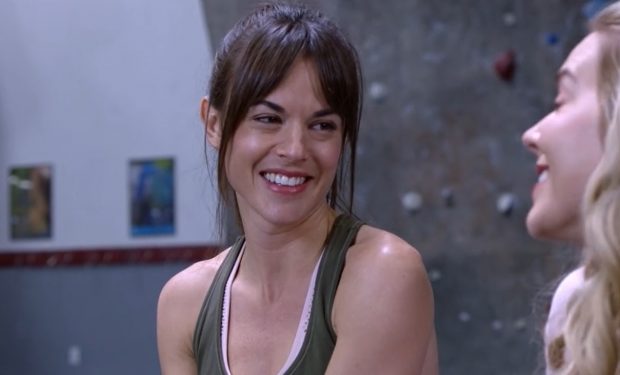 Sarah as Lisa in Revenge for Daddy (LMN/Creative Arts)

The protagonist of the Lifetime movie Revenge for Daddy (originally titled Looking for Mr. Wonderful) is Lisa (Sarah Butler). Unbeknownst to her, while her father was alive (he was killed in a hit and run) he was living a double life and had another daughter, Marie, who grew up to become a convicted murderer.

When released from prison, Marie (who changes her identity and lives her post-prison life as Bethany) plots her revenge against Lisa, Lisa’s mother Barbara (Joely Fisher), and their friends.

When not filming movies like Revenge for Daddy, the gorgeous Sarah Butler — who’s known for her role as Jennifer in the I Spit On Your Grave movies — likes to travel and often she does so in a tiny string bikini, as seen in the photos above and below.