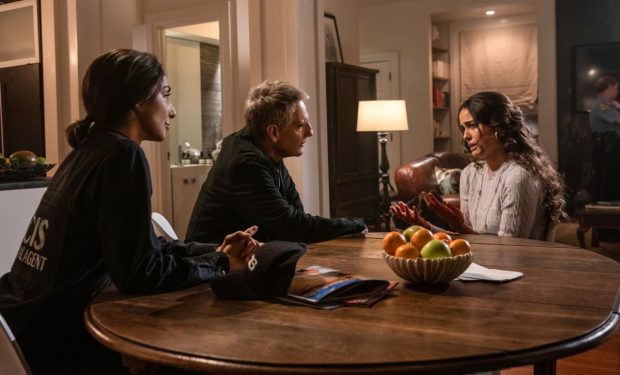 In the NCIS: New Orleans episode “The Root of All Evil,” the team investigates the murder of JAG captain John Garrett (Demi Castro) who was discovered at home by his daughter, the only heir to his large estate. The JAG captain’s daughter, Selina Garrett, is portrayed by Chelsea Gillian. (Sneak peek video below.)

As an actress, the gorgeous 29-year-old brunette Chelsea Gillian — who was crowned Miss California Teen USA 2009 and was 2nd runner up at the Miss Teen USA 2009 beauty pageant — is best known for her role as Teri in the CW series Star-Crossed.

When not on a TV set, Gillian is often modeling and sometimes in a bikini, as seen in the photos above and below.

NCIS: New Orleans airs Sundays at 10 pm on CBS, right after NCIS: Los Angeles at 9 pm, and God Friended Me at 8 pm. [Watch CBS on your phone with Amazon Prime or CBS ALL-ACCESS. Both options offer free trials.]