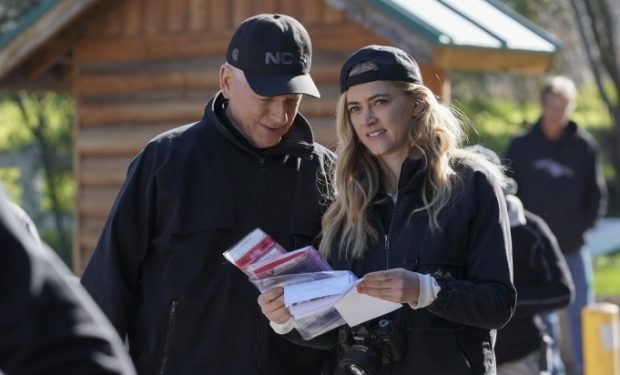 On the NCIS episode “In a Nutshell”, the NCIS team led by Agents Gibbs (Mark Harmon) and Bishop (Emily Wickersham) investigates the death of a Navy officer who was murdered the same way as his parents ten years before. (Shot at close range, execution style, and with the bullets removed via a long pair of tweezers.)

While following clues and putting the pieces together, the team discovers a storage container filled with dollhouses that display re-creations of murder scenes. The container is owned by a woman named Claire (special guest Abby Carter) who, as Bishop says, clearly has “issues.”

NCIS airs Tuesdays at 8 pm on CBS, right before FBI at 9 pm and FBI: Most Wanted at 10 pm. [Watch On Your Phone with Amazon Prime or CBS ALL-ACCESS with free trials.]