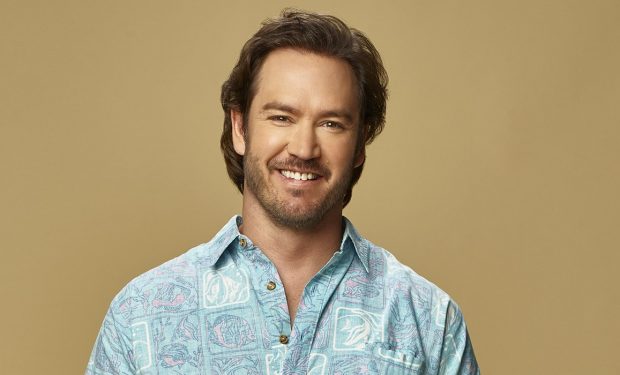 When not filming the popular black-ish spin-off sitcom mixed-ish with Tika Sumpter (who plays his TV wife), Mark-Paul Gosselaar is posting personal photos and videos on Instagram. He just returned to social media on March 1 and celebrated his teenage son’s birthday with a classic vintage Trans Am (see below).

Gosselaar is also preparing for the long-awaited Saved by the Bell reboot in which he reprises his role as Zack who is now Governor. The role requires that Gosselaar dye his hair blonde (see above).

Now with everyone under quarantine, Gosselaar made a selfie video explaining to fans that he ran out of eggs so his friend who keeps chickens, Saved by the Bell co-star Tiffani Thiessen, has left him some outside her home. Tiffani left a cute note too, calling her egg gift “fresh butt nuggets”!!

As a gesture of thanks, Gosselaar leaves two bottles of his favorite beer for Tiffani and her husband.

BTW: Mixed-ish airs Tuesdays at 9 pm on ABC, right after Bless This Mess at 8:30 pm, and right before black-ish at 9:30 pm. [Watch on your phone with the ABC GO Digital App found here. Download is FREE.]