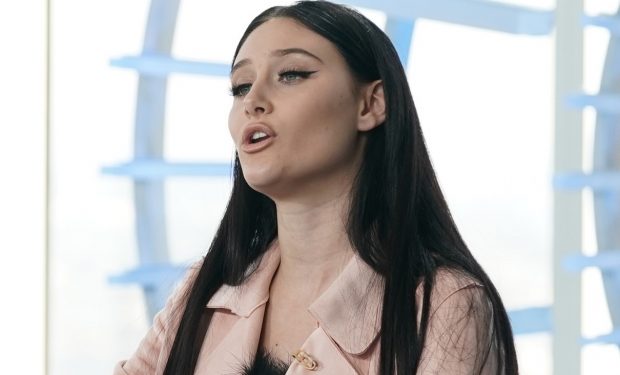 On the fourth round of auditions for ABC’s American Idol Season 3, judges Katy Perry, Lionel Richie and Luke Bryan will see a familiar face. California teen singer Makayla Phillips, who got Heidi Klum’s Golden Buzzer on Season 13 of America’s Got Talent (magician Shin Lim won), is auditioning for Idol!

When not on TV or on stage, or hanging out with her BFF, AGT winner Kodi Lee, Makayla is often in front of a camera. When she posted the photo above, of her wearing a sequin bra under an open leather jacket while eating french fries she captioned it: “mcsponsor me.”

As depicted in the string bikini pics above and below — which she tags #model, #instamodel, #beachbody — she clearly enjoys being the “center of attention.” And she’s good at it!