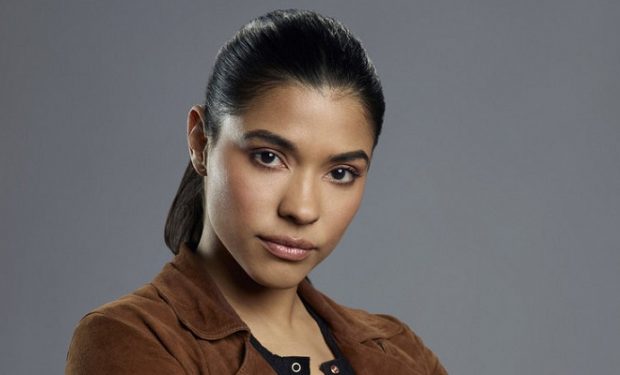 On the Chicago P.D. Season 7 episode “Before the Fall,” Voight (Jason Beghe) enlists the help of a reformed gang member to get a key witness testimony in a murder case.

When not filming Chicago P.D., actress Lisseth Chavez (who plays Vanessa Rojas) ditches her street clothes and looks amazing when she cleans up and slips into a thigh-high slit gown like the one above. Many fans didn’t recognize Chavez.

As one fan wrote: “First time I have seen her in a DRESS” and added a number of fire emojis. (That’s Chavez on the far right in the string bikini pic below… from 2017!)

And fan another wrote: “Omg you loook so beautiful… love to see this change up.” And Lisseth’s Chicago P.D. co-star Tracy Spiridakos approved of the look too with many fire emojis.

Chicago P.D. airs Wednesdays at 10 pm on NBC, right after Chicago Fire at 9 pm and Chicago Med at 8 pm. [Get it all on your phone with NBC UNIVERSAL app available here. Download is FREE.]