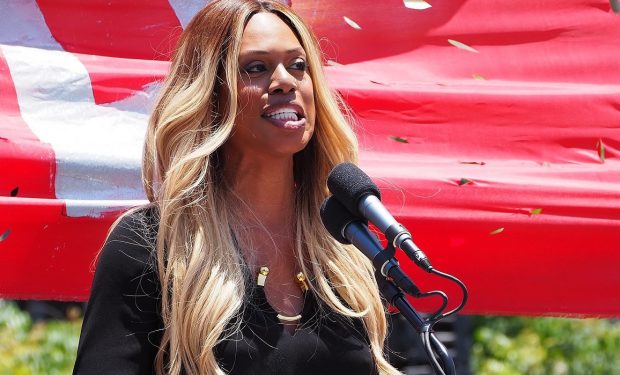 Three-time Emmy Award nominated actress Laverne Cox (Orange Is the New Black) is currently filming the new Shonda Rhimes Netflix series Inventing Anna. Based on a true story, it’s about a journalist (Anna Chlumsky, Veep, My Girl) who investigates the case of Anna Delvey (Julia Garner), a German heiress who stole the hearts (and money) of New York’s high society.”

When not filming Inventing Anna, Cox enjoys her time-off — and sometimes in a string bikini as seen in the stunning cut-out suit above.

She captioned it: “reminiscing about the perfect beaches and weather today and the spiritual awakening that happened” on a recent trip to Turks & Caicos.