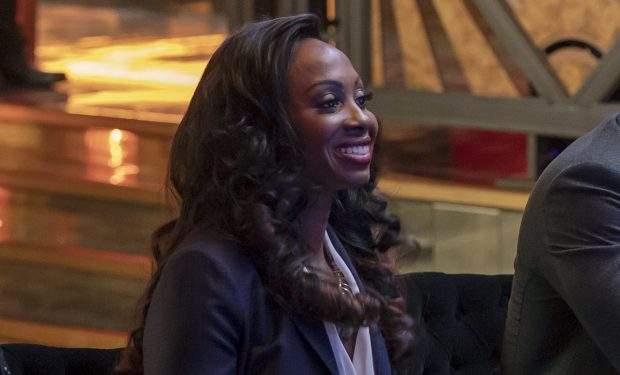 When not on the radio, Kendra is flaunting her curves in string bikinis. She captioned the stringy bikini pic above: “I need a pool and a frozen peach margarita ASAP!” She says she misses her blond hair too!

Below Kendra takes a power position and spreads out on her knees on the sand, looking ready for anything. As one fan writes: “Always slaying 🔥🔥🔥❤️.” Another fan writes: “Your body is sick.” (In a good, you-amaze-me way.)

She titled the white hot string bikini pic below: “thick.”

Empire airs Tuesdays at 9 pm on FOX, right after the medical drama The Resident at 8 pm. [Watch on Your Phone:FOX NOW: Live & On Demand app here. FREE Download.]