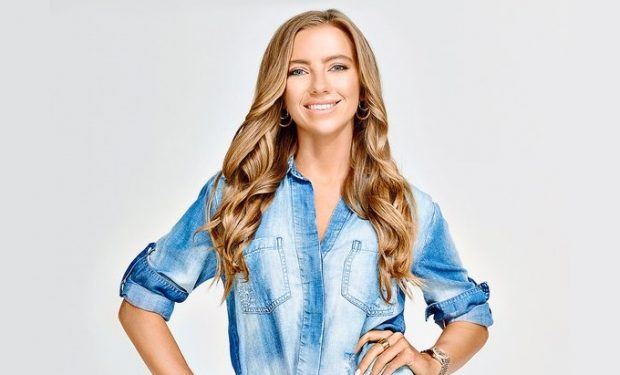 In The Busch Family Brewed episode “Gussie’s 23rd Birthday,” Billy Sr. and Christi Busch’s second oldest child Haley comes back to St. Louis for her brother Gussie’s birthday. While the aspiring actress Haley finally decides on what she’s going to do with her longtime boyfriend Clark, Gussie invites Louise to the party which “causes some trouble” with his 22-year-old sister Grace Busch.

When not filming The Busch Family Brewed, gorgeous Grace is flaunting some amazing bikini pics including the one above which she captioned: “making magic in the Hamptons.”

When NFL football player Marlon Humphrey of the Baltimore Ravens saw the bikini pic below the 23-year-old cornerback wrote: “Can I have your number??”

They would make a cute couple. Plus, they have a lot in common. Humphrey knows what it’s like living with a family legend: his father is retired NFL star Bobby Humphrey (Broncos, Dolphins).

Marlon was also impressed with Grace’s “Core” in the black and white snap below.

The Busch Family Brewed airs Thursdays at 9 pm and 9:30 pm on MTV. [ON YOUR PHONE: MTV Digital App found here. Download is FREE.]