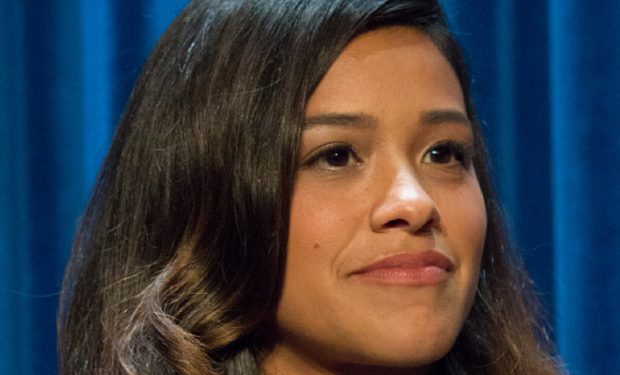 Hollywood actress Gina Rodriguez, best known for her lead role in the CW series Jane the Virgin (for which she won a Golden Globe award), is promoting Season 1 of Diary of a Future President on Disney+, which she directed. [Binge and stream Jane the Virgin right now! Gina’s awesome in it.]

And when she’s not on a set or a talk show, Rodriguez enjoys the great outdoors and sometimes in a string bikini! She captioned the red hot string bikini pic above: “sunday sunsets” and the striped string bikini pic below: “pura vida” (translated: “pure life”).

She’s also promoting the animated film Scoob! (she voices Velma). Check out the trailer below. Fingers crossed, Scoob! will be in theaters in May.