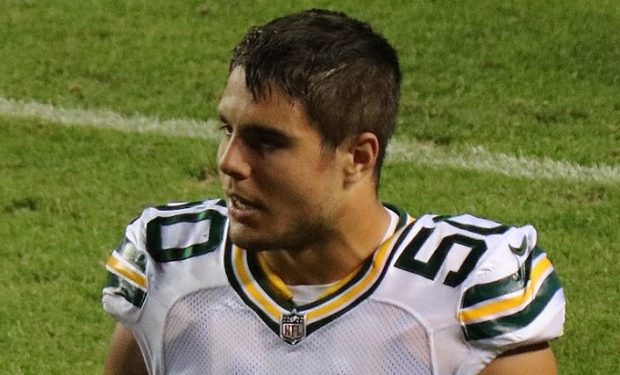 Blake Martinez is the 6’2”, 237 lb. inside linebacker was picked by the Green Bay Packers in the 2016 NFL Draft after attending Stanford University on a scholarship. In 2016, he signed a four-year, $2.72 million contract with the Packers.

After four years in Wisconsin, Martinez is headed to New York. On March 17, 2010, the 26-year-old pro signed a three-year, $30 million deal with the New York Giants.

When not on the field, Martinez spends time with his gorgeous wife of almost two years, his high school sweetheart Kristy, who looks amazing in these bikini pics that Blake is sharing on Instagram!