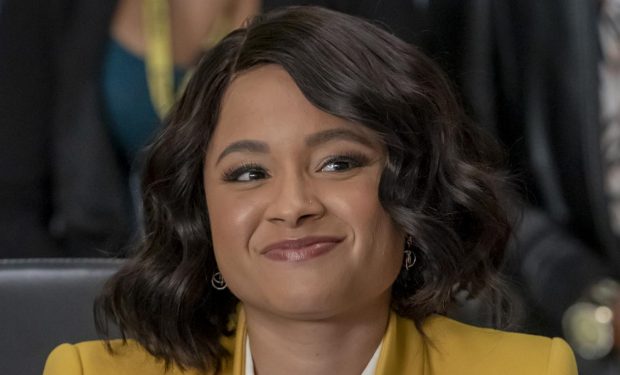 Maya was born in prison, adopted by an upper class family, and is a classically trained dancer. She appears again, in the Empire boardroom in the Season 6 episode “Can’t Truss ‘Em.”

When not filming Empire, the former child star Rhyon Nicole Brown is traveling the world — and often in a bikini. The 27-year-old USC grad captioned the strapless bikini pics taken in Thailand above: “I always felt a way that I made it to college and hadn’t made it a priority to see the world. Well this is me saying if you have the opportunity to step outside of what you know, do it!”

Below is a sneak peek at her music video for her hot new single “Leaves.”

Empire airs Tuesdays at 9 pm on FOX, right after the medical drama The Resident at 8 pm. [Watch on Your Phone:FOX NOW: Live & On Demand app here. FREE Download.]