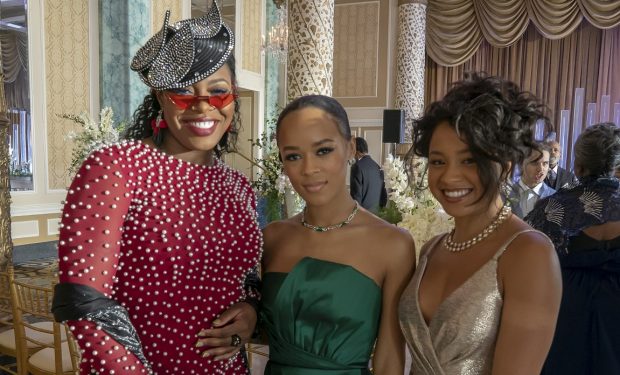 On the Empire episode “Love Me Still,” while Cookie (Taraji P. Henson) digs into Bossy’s finances and gets into a heated confrontation with Giselle (Nicole Ari Parker), Maya (Rhyon Nicole Brown) continues to hustle and generate more buzz for the “Birth of an Empire” movie.

When not filming Empire, the gorgeous 27-year-old Rhyon Nicole Brown is promoting her new music on social media.

When she posted the beautiful, bra-less blue blazer pics above which reveal her bikini top tan lines, she celebrated being a woman, being feminine and encouraged others: “You’re a G…walk like it.”