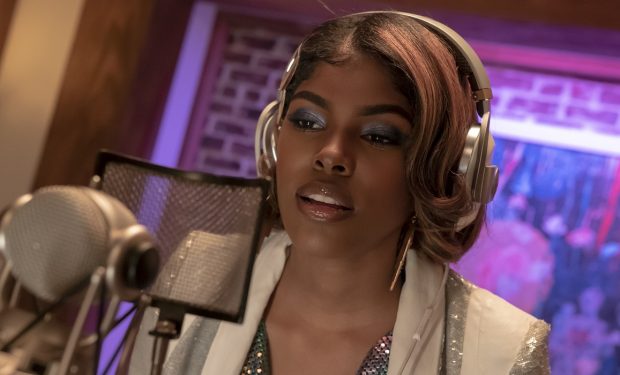 In the Empire episode “Talk Less,” while Lucious (Terrence Howard) hunts for a record deal for Yana (guest star Kiandra Richardson) and is met with surprising feedback from the label execs, Lala (guest star Diamond White) feels neglected by her team at Bossy Media. So what does she do? She’s gonna pull a dangerous stunt to take promotion into her own hands.

In real life, Diamond White — who came in fifth place on Season 2 of The X Factor in 2012 — knows what it takes to promote music.

When the gorgeous 21-year-old Detroit native posted the string bikini pool pic above she reminded her fans of her new Pretty Brown Skin music video, see below. She also knows how to mind her business, for sure, as seen below!

Empire airs Wednesdays at 9 pm on FOX, right after The Resident at 8 pm. [BONUS: Stream any FOX show through the FOX NOW: Live & On Demand app here. Download is FREE.]