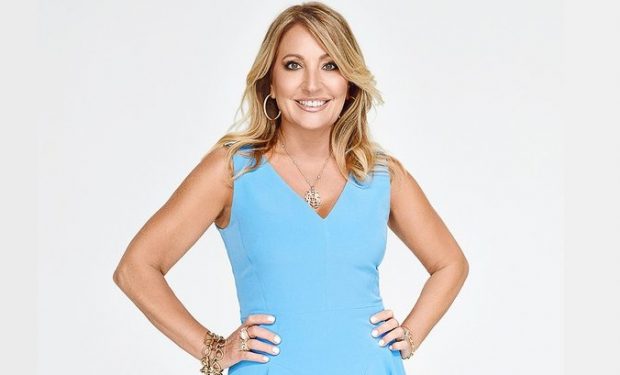 The MTV reality show The Busch Family Brewed is about one of the former owners of the legendary Anheuser-Busch brewing company, Billy Busch, Sr. (great-grandson of founder Adolphus Busch) and his gorgeous wife Christi Busch, mother of their seven children (she’s in the middle of the photo below, in the light blue dress).

The Busch family behind Budweiser beer sold Anheuser-Busch in 2008 to Belgian company InBev for $52 billion. On the show, viewers watch as Billy Sr. opens up a new brewery to continue the Busch family legacy, “but at his core, he’s the goofy dad who loves to embarrass his wife and kids.”

The white hot bikini pic above was taken in Greece in 2016. Christi captioned it: “Kids said I could have the day off.” The black bikini pic below is from Spring Break 2015.

Christi’s most recent bikini pic posted on Instagram (below) was taken in 2017. She captioned it: “50 ain’t got nothin on me.”

The Busch Family Brewed airs at 9 pm and 9:30 pm on MTV. Watch the Season 1 trailer below. [ON YOUR PHONE: MTV Digital App found here. Download is FREE.]