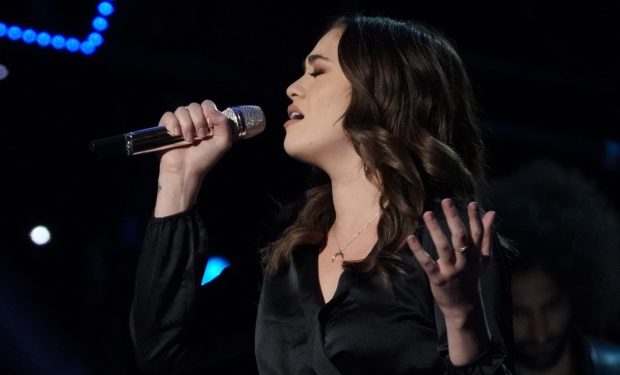 It’s Hollywood Week on Season 3 of American Idol on ABC. After a grueling round of singing duets, each remaining Idol contestant — including gorgeous brunette Kat Luna — gets a chance to battle it out with a solo performance in front of judges Katy Perry, Lionel Perry, and Luke Bryan.

Kat Luna auditioned for the show with boyfriend Alejandro “Space Cowboy” Garrido, but he didn’t advance after their duet together.

Based on the bikini pics above and below, it looks like Kat Luna (who used to be a blonde!) won’t need to go bikini shopping before the big trip! She captioned the lavender bikini pic above: “OCEAN + MUSIC = My happy place” with the hashtag #islandgirl.

Kat was a blonde when they first started hanging out with Alex (see photo from May 2019 below!).

American Idol airs Sundays and Mondays at 8 pm on ABC. [Watch on your phone with the ABC GO Digital App found here. Download is FREE.]